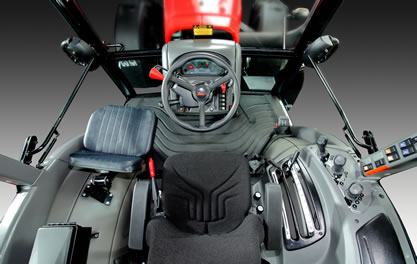 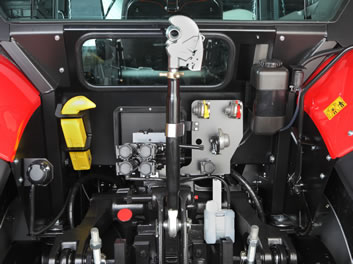 Zetor presented itself with a number of new developments and improvements. For 2011 they included new adaptations of the Proxima, Proxima Plus and Proxima Power series. The tractors were provided with a new type identification (with a zero at the end), where the first two digits represented engine power in horse power according to ISO 14396 (without accessories). The main modernisation element was the introduction of mechanic hydraulics with top-link load sensing. The greatest difference from the Zetor hydraulics offered until then was represented by the absence of the inside cylinder. The layout of the main elements was also changed. The main functions of the mechanic hydraulics were controlled by a pair of levers located on the right of the cab. With regard to the new controls the cab interior was also improved. Electrical installations in the Proxima series were extended with a digital dashboard. In addition, all models of the Proxima series included sealed connectors for the major nodes and the option to extend the accessories with a heated rear windshield and rear-view mirrors.